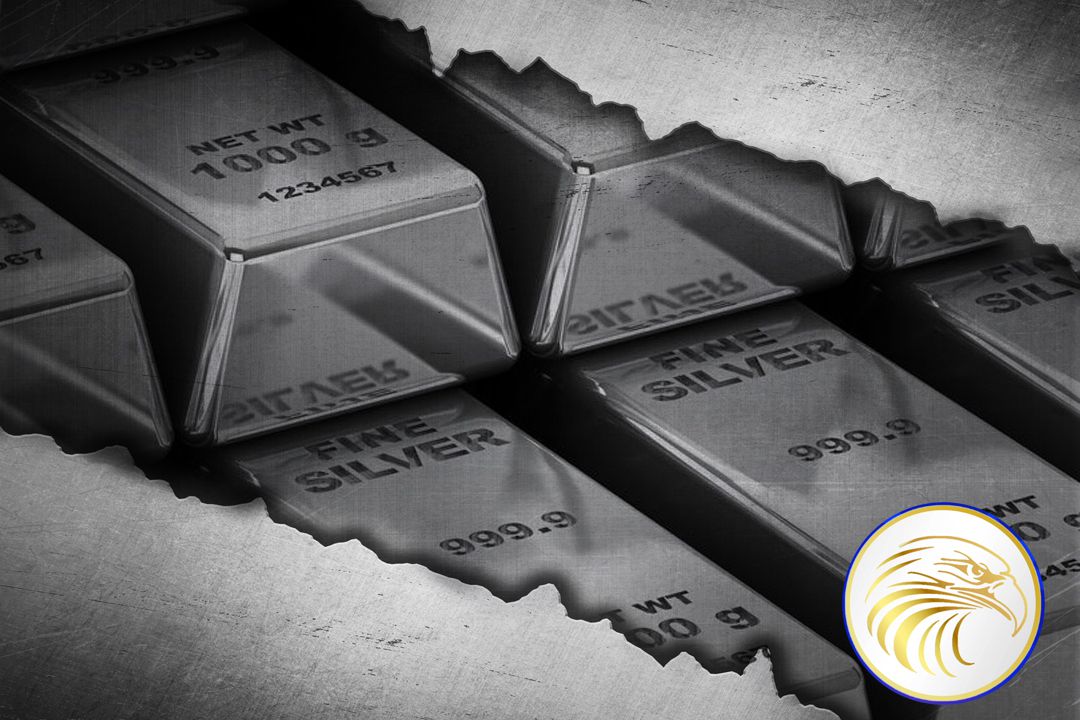 Silver prices spent the last year and a half locked between $19 and $15.19, unable to choose a direction and leave this range. The precious metal is still in its boundaries, currently trading around $17.28, but from an Elliott Wave point of view it looks like we are finally going to see a breakout. Bullish or bearish? The chart below explains. 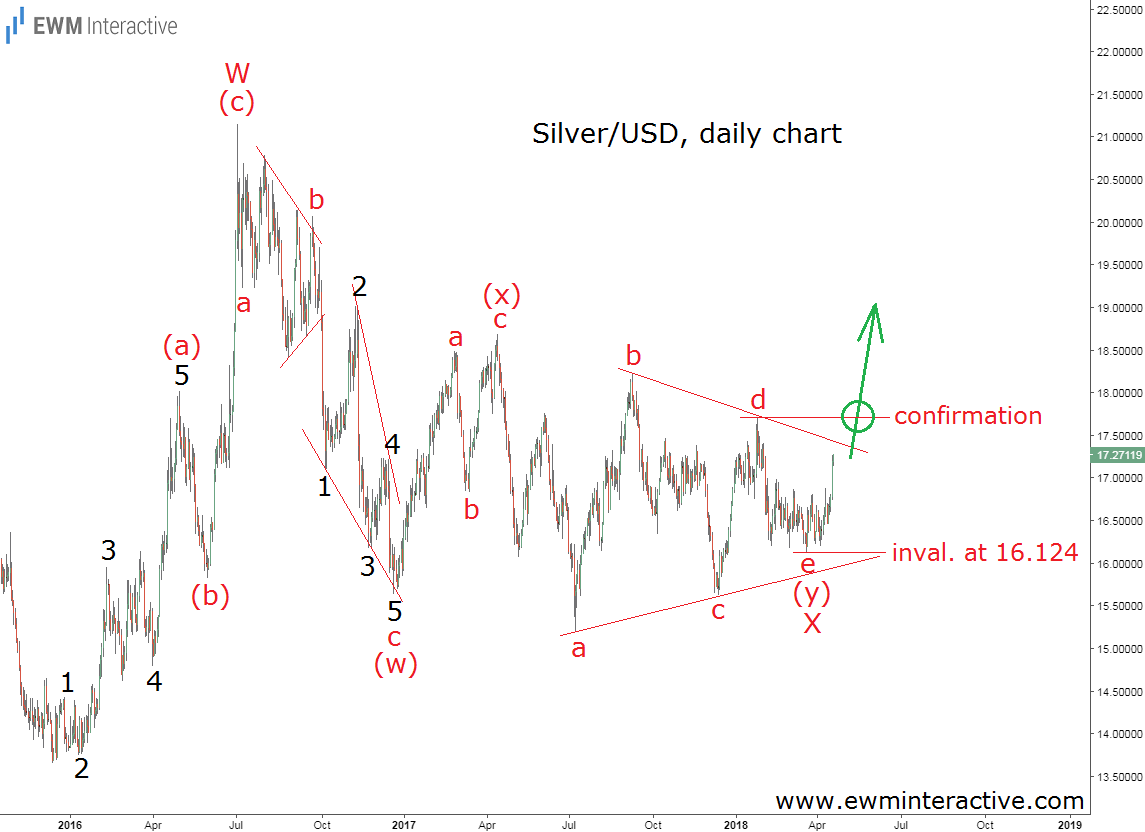 The daily price chart of silver allows us to take a look at the precious metal’s entire development since the low at $13.65 in December, 2015. It would have been nice if the rally to $21.145 could be seen as a five-wave impulse, but unfortunately it appears to be just a simple (a)-(b)-(c) zigzag correction in wave W. The rest of the chart, we believe, depicts (w)-(x)-(y) corrective combination between another simple zigzag in wave (w) and a triangle in the position of wave (y). The connecting wave (x) between them is also a simple a-b-c zigzag. Two very distinct patterns can also be recognized within wave (w), whose waves “b” and “c” take the shape of a triangle and an ending diagonal, respectively. Pay attention to the fact that the lowest point of wave X is wave “a” of (y) at $15.19, but the orthodox end of the corrective combination is wave “e” of (y), whose bottom is formed much higher – at $16.124.

Given how rare and difficult to decipher corrective combinations are, we are going to remain on the sidelines until silver prices exceed the top of wave “d” of (y) of X. This bullish breakout would not only open the door towards a new multi-year high near the $22 mark, but also let us identify $16.142 as an invalidation level. The risk/reward ratio would still be over 4, so it makes sense to miss out on a small part of the anticipated move until the bullish idea receives confirmation.